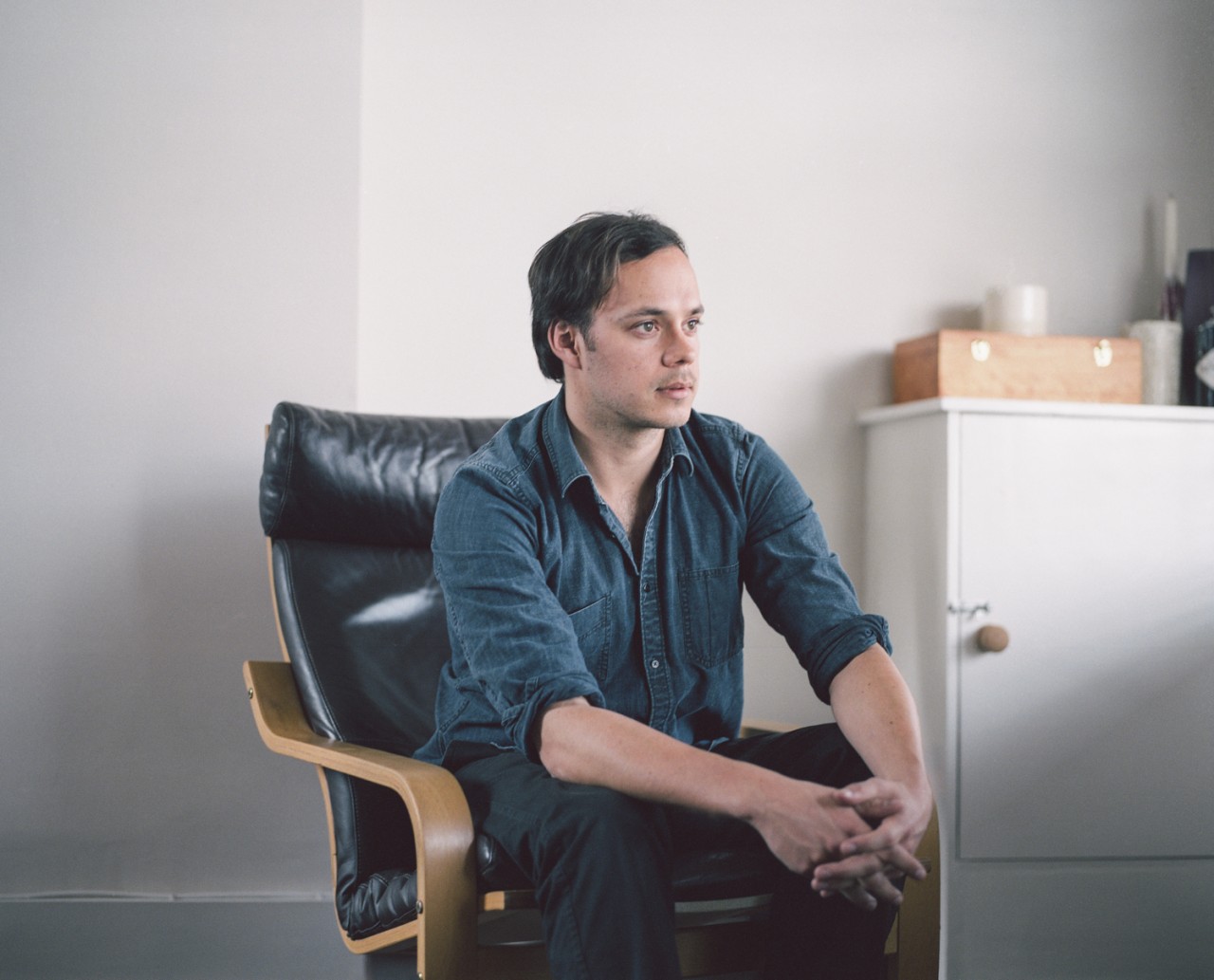 “If someone wants to screw you over they can, it’s easy…” Director Oliver Nias talks about the concept behind the psychological thriller ‘The Return’, tells us about the challenges of making his first feature film and why shooting on 35mm actually saved time and money in spite of a shoestring budget.

Oliver is a self-taught filmmaker who began directing music videos in his spare time while studying English Literature at university. He still lives down the road from many of the locations used in ‘The Return’ where we visited him to find out more.

Where did the idea for ‘THE RETURN’ come from?

I suppose you could say it was a mixture of living in the city and wanting to explore a fear that if someone wants to screw you over then they can, it’s easy. It’s a frightening thought. And here in London there are so many lives colliding every day it got me thinking about what would happen if a small time criminal had to survive in this environment. The rest of the film was an investigation into this idea of someone on the wrong side of a lie.

Many of the locations used in the film are places you visit regularly. Did this inform the story?

A lot of The Return was written in the locations you see in the film, they’re my local haunts. As the shoot approached I found that the owners of these places, who I had come to know, were keen to help us out so they became our locations. They agreed to open up their restaurant or cafe hours before opening and then, in return, we would all eat breakfast or lunch there. That’s how most of the locations were ‘secured’. But I was born in London and have now lived here for some years. One of my earliest memories is of being taken to a local greasy spoon by my parents in North London so I think the environment has been working on me for a long time.

What was your process on set as a director?

Our process on set was pretty straight forward. Going in to the shoot, myself, the actors and Carl Burke – our Director of Photography – had done a good amount of script work so we all knew where we were heading in each scene. Having that combined understanding of the script was a huge gain. On set we would spend time blocking with Carl and the actors, fine tune in a rehearsal and then shoot. Most of what you see in the film is a first or second take because of this. My job was easy because everyone was on the same wavelength. All I did was drink a lot of tea and help it all along.

Shooting this film on a shoestring required a tight schedule, what was the experience of a 20 day shoot like?

A 20 day shoot is a standard model for a lot of micro-budget films and some people assume that fewer days means tighter corners. I don’t really think it’s the case. Schedules are always tight and the problems of shooting don’t change whether you’ve got 200 days and 300 crew or a tenth of that, like on The Return. Obviously we weren’t having three course meals from a catering department and no one had a trailer to go back to in-between takes but we planned thoroughly, kept our approach realistic and made sure everyone was on the same page from day one. 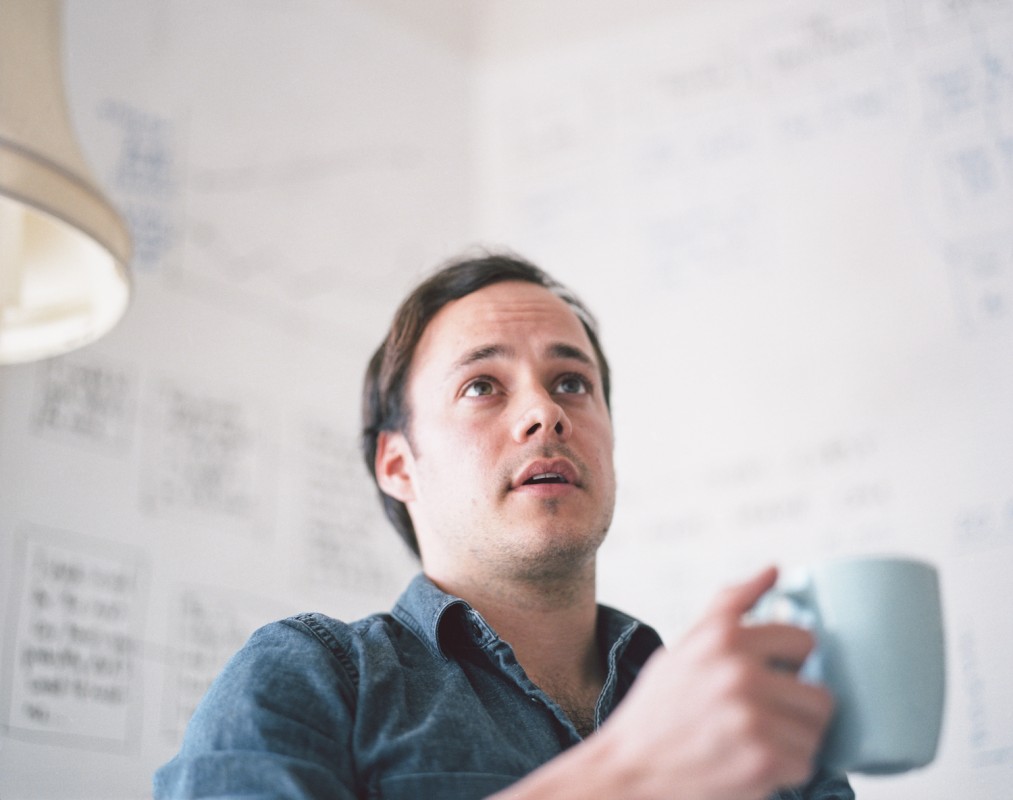 Was there a particularly tough scene to shoot?

There are two that spring to mind. There’s a scene where Jack, the main character, discovers his brothers dead body. Sam Donnelly (the actor) and I agreed that the best approach was to let him go through the whole scene from discovery to full-blown breakdown. So before we went for the take we all knew that Sam was going to go somewhere but not how far and I remember the anticipation being quite palpable on set, the crew just hoping that we did him justice through the camera. It’s quite a powerful moment. There’s real pain in that scene.

The other was a six page showdown scene which included twists and reveals so we had narrative marks to hit, so to speak, on top of the movement. It was a challenge for everyone, crew and actors. We rehearsed and blocked for two hours as we’d decided to shoot two full takes, one for each character. Our 1st AD was getting nervous because we’d only left an hour to get the scene and then get out of the location. Half an hour later the scene was in the bag. But that’s the benefit of having great actors on board. I’d like to thank our casting director Emily Tilelli for that scene.

You made the decision from the outset that ‘THE RETURN’ would be shot on film, why was that important to you?

There are only a handful of things that micro-budget films have in their favour and one of them is atmosphere. And one of the things that micro-budget films have against them is their tiny infrastructure. Shooting on 35mm addressed both. I knew that when we got our take on set that the look and feel of our psychological thriller was already there in camera. All that needed to happen was a trip to the lab, a scan and a grade and we were away. It shortened the distance between filming and completion. I maintain that shooting The Return on 35mm film was cheaper than digital.

Do you see ‘THE RETURN’ belonging to any particular tradition?

I hope that it has a small part in a huge family tree started by Film Noir. From The Third Man to Taxi Driver to Blade Runner to Memento. We obviously had a far smaller budget but there’s still a sizeable concept in the middle of it all. That’s not to compare The Return to those brilliant films, some of my all time favourites, but I do see our little feature as their younger sibling in as much as it’s a psychological thriller with a dark twist at its heart. You might also say that it’s part of London’s cinematic tradition. Los Angeles is the original noir landscape but I think London is the ultimate noir city when it comes to telling these stories.

What was the story once you wrapped? Tell us a bit about post on this film, how did you go about it?

Because the team essentially shrunk to myself and Post Producer Sam Featherstone at that point, we decided on a stage-by-stage approach. We didn’t want to cross over the workflows because, for one, we didn’t have people able to supervise it and, two, it forced us to make decisions and progress. So we edited then scored then graded then mixed sound. It was a slower approach but we had very little money. We were lucky to work with truly talented people like composer Richard Canavan, colourist Toby Tomkins and supervising sound editor Michael Maroussas and his team. They were the pillars of our post production process. We owe them a lot.

What do you want an audience to feel watching ‘THE RETURN’?

Well, I know how I want an audience to feel at the end of the film when the credits roll. During the film I hope that there’s a sense of mystery and questions unanswered, we tried to get the audience to feel the psychological discomfort that the lead character Jack does. But it’s at the end of the film, when we’re released from the story and out of the experience, that we wanted a cascade of realisation. The Return, as the title suggests, is about retrospective and we try to induce that in the audience.

If you had to pick a single scene to show someone what would it be and why?

I would pick the final scene for reasons that I won’t reveal. That’s the film’s job.

I don’t know exactly but I think their reaction would be to want to watch it again. We actually tested this by setting up screeners and seeing how many people got in touch in the following months to request a link to the film because they wanted to watch it again. There were quite a lot of people. Of course we didn’t give them the film second time round because we’re hoping to bring them along to the film festivals!

What’s happening with the film now that its completed?

We’re currently sending it out to Film Festivals and hoping to find a home at some of our favourites. Fingers crossed.

And, finally, what are you working on now?

A few things really. I’m developing a feature about a rivalry and a dangerous new technology. More to follow.