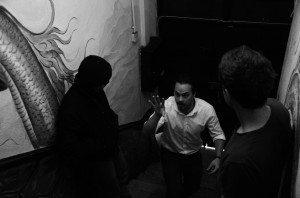 Born in London where his debut feature film THE RETURN is set. While studying English Literature at University College London he set up a production company and began to shoot music videos for emerging artists. Since graduating he established Obstacle Films and has directed for bands Everything Everything, We Are The Ocean, Bang Bang Club, Charlie Simpson, Go:Audio and Me and the Mountain. He has made videos for Sony BMG, RCA, Full Time Hobby and Hassle Records. He has directed campaigns for global companies such as Airbus, independent fashion labels such as Reve en Vert and shot content for brands such as Audi and Adidas.

Oliver is currently working on a psychological thriller about a rivalry and a dangerous new technology. 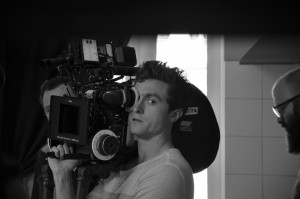 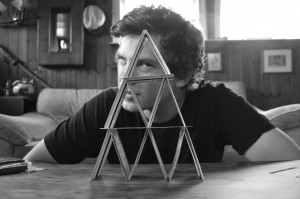 Currently at Sonny London, Hugo has previously worked as a Production Manager (Steam Media) and as a Rear Projection Supervisor (‘The Last Passenger’ dir. Omid Nooshin).

Before that he was production assistant at Independent Film Company, Future Films / Future Digital and worked as a Runner on ‘Magnetism’ (dir. Philip Knatchball).

London based composer for film and television whose work has received a number of accolades over the past five years. In 2012 Richard scored his first feature film ‘Fast Girls’, released in UK cinemas nationwide.

His career began with the short film ‘Red Sands’, which won the Raindance ‘Film of the Festival’ Award, as well as ‘Best UK Short’ along with a nomination for ‘Best British Short’ at the British Independent Film Awards.

Television work has included three series on Sky Atlantic and Sky 3D. Commercial work for clients such as 3 Mobile, Skype, BT, Lloyds and Marks and Spencer has also been well received.

Richard has a Bachelor of Arts degree in music production and a diploma in music technology.

London based casting director and a member of the Casting Directors Guild.

Having spent 12 years casting for leading agencies in both Australia and the UK, Emily founded London based casting consultancy ET Casting in 2011.

Emily and her team are currently working on film and TV projects for Sky, CBeebies, Channel 4 and other production companies worldwide.

Long-time collaborator with Oliver Nias, Sam’s roles have spanned most of the post-production process. From managing workflow for the first RED ONE to land on the UK’s shores to 35mm, from on-set DIT (Adidas ‘All In’) to his recent role as Post Production Supervisor on ‘365’ (Airbus Group).

Michael has been working in the film industry since 1999.

He has worked on films such as X-MEN FIRST CLASS, KINGSMEN: THE SECRET SERVICE, STARDUST (Dialogue / ADR Editor) and KICK-ASS (Sound Effects / Sound Design Editor). In this time Michael has developed and experimented with new audio workflow solutions as a Supervisor on indie features.

Michael is the Founder of The Sound Collectors’ Club, which he started 5 years ago. The Club connects Pro sound editors, field recordists and sound designers from all over the world to facilitate access to all sounds imaginable.

TOBY TOMKINS is founder of CHEAT, a boutique post production company in East London responsible for award winning features such as ‘The Machine’ (winner of Best UK Film at Raindance and the Raindance award at the BIFAs 2013).

His career as colourist spans commercials for the likes of Audi, Coca Cola and Ikea to music videos for Enrique Iglesias, Kaiser Chiefs and George Ezra.