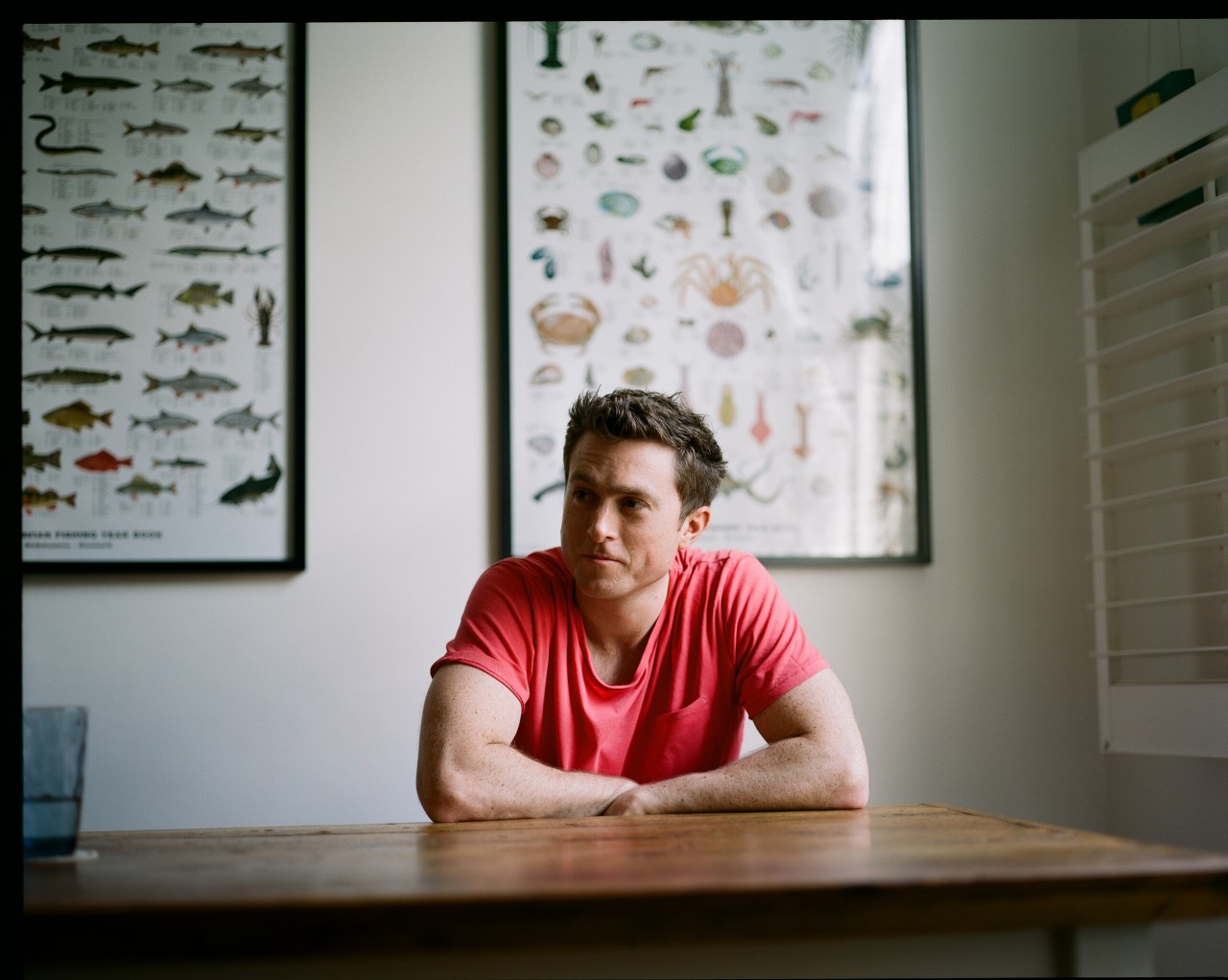 Director of Photography Carl Burke offers us some clues about how he shot micro-budget thriller ‘The Return’ on 35mm in 20 days and with only a single gaffer.

From choices made in pre-production through to decision-making on set, Carl talks about the benefit of limitation, how to avoid a catastrophe when you have no money and what still brings a smile to his face.

How did you first hear about THE RETURN?

Having known Ollie for a good few years previously I knew he was busy writing away and that something big was brewing. However, Ollie being Ollie, very little information was leaked so I had no idea what to expect! I had on a few occasions expressed an interest in working on something longer form together as we had only done a couple of music videos and the odd commercial project together but I thought we worked well as a team. Ollie’s directing style was very much the sort that I appreciated as a DoP and I was eager to do something larger together.

Finally one day Ollie tells me that the script is ready to be read and he would like to come round and hand deliver it to me. He was very keen for initial reactions and so he actually stayed in my kitchen for a good hour or so while I read the script in my lounge! Eventually I surfaced with a smile on my face and told Ollie what I thought about the script. To be honest it was a moment of relief. I was very thankful it was great and not terrible as that would have been dreadfully awkward for both of us!

What attracted you to the material?

I am quite a fan of the genre and knowing Ollie I was well placed to read between the lines and imagine what sort of film we would be making. So on the second read of the script I was very much imagining the scenes in a visual way and trying to guess what way Ollie would want it to look and feel. Those early visions pretty much stayed true throughout the production and what we finished with was fairly similar to what played out in my head on those early reads. The non-linear timeline and location challenges all peaked my interest from a visual point of view but ultimately the characters and the story had me hooked.

What did your preparations consist of before the first day of filming?

Many conversations were had between Ollie and myself about how we wanted to operate on set and also what format and palette would best suit the film. I think Ollie raised the idea of black and white early on and for a lot reasons it seemed to not only feel right but helped us hide a multitude of sins in our locations. If we had been shooting colour the palette of some of our locations would probably not have been right or at least required a lot more dressing.

Shooting celluloid is obviously rarer in today’s independent film market and a topic that continues to split opinion. What was your experience shooting 35mm on ‘THE RETURN’?

With film vs digital I don’t think there is a better or worse, or a right or wrong. They are different tools that require a different process physically and consciously. For The Return celluloid proved an aesthetic that would better suit the world we were trying to create and a process that Ollie and I were eager to embrace as it relies on planning and decisiveness. Both of which are integral to getting a film made in 20 days! By shooting on film I was able to entice a very experienced camera dept onto the job who would probably otherwise not have been that interested.

Filmmaking on celluloid is a tangible craft and the discipline it requires for the camera dept can pay dividends for everyone. The jeopardy of having to wait for dailies to see how it all turned out is a real stimuli for the crew and actors. The importance of blocking and rehearsals is vital and in the age of “shoot the rehearsal” and “100/1 shooting ratios” it was very very refreshing to be part of something where you didn’t know if you would ever do more than one take.

Tell us about your set up and kit list on THE RETURN? Did you have a particular shooting approach mapped out etc?

We got a great deal out of Arri Media for a Arricam LT and together with some old Cooke Speed Panchro lenses and camera accessories that I brought to the table. We shot 2 perf 35mm which means you commit to a 2.35 aspect ratio with no ability to reframe vertically but you have massive cost savings over 3 or 4 perf. The one learning going forward would be that the 2 perf movement on the arricam is very noisy and in confined settings with Fuji stock it was pretty noise. The scenes on the boat in particular were a struggle on sound. When it was all said and done I think the camera, stock and processing costs were very comparable to shooting on digital. I don’t know if it would have been any cheaper to shoot digitally.

How would you describe your relationship with the director?

I think hierarchy on set is important. I didn’t want the fact that Ollie was a close friend to get in the way of clear thinking or to make me too casual on set. Ultimately, knowing Ollie, I had faith that he had thought through his ideas of coverage and shot choices carefully. On the whole we agreed on most things. If we didn’t I would make my opinion known and sometimes we would change approach to something which I thought might work better. But if we didn’t agree I would ultimately always go with Ollie’s idea. I think that the closer to one man’s vision a film is then generally the better it will turn out. I was always trying to get an idea of what the film was in Ollie’s mind so as not to impart too much of my aesthetic on to it that might distract from the story. 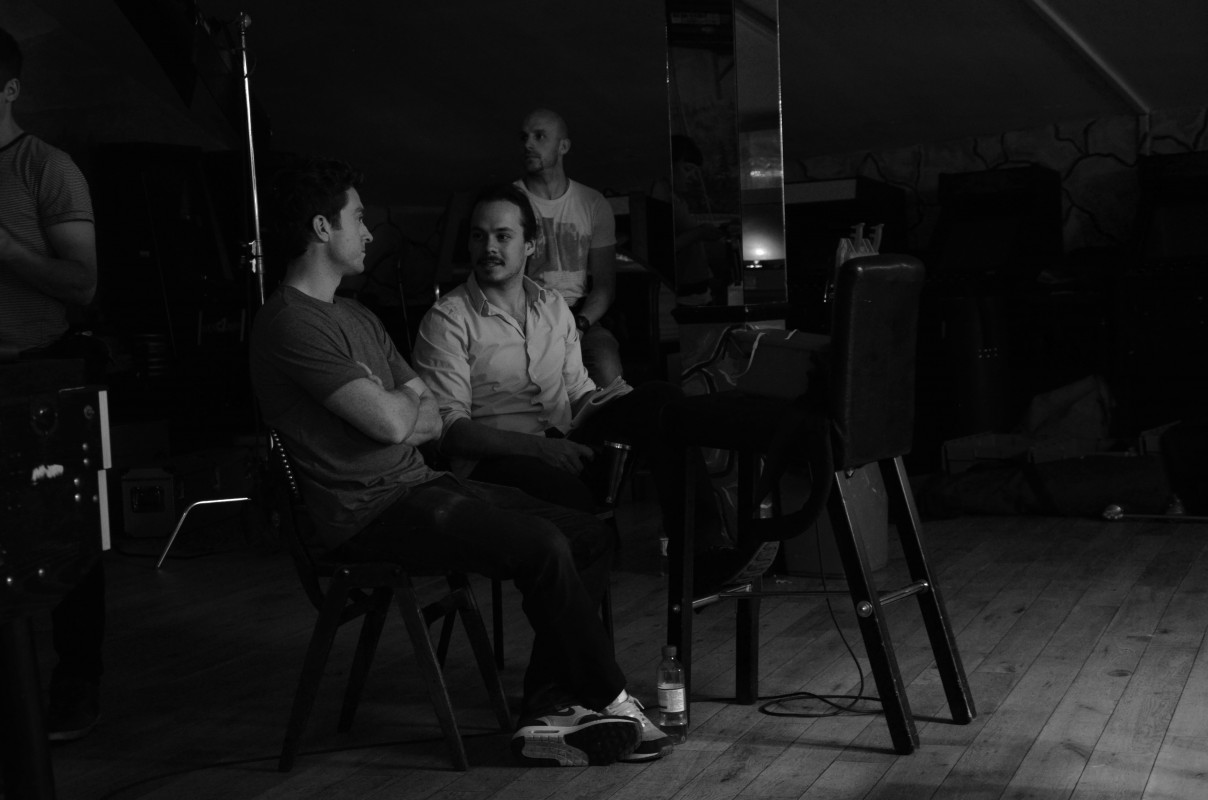 Before Citizen Kane, Greg Toland famously said he wanted to work with someone who’d never made a movie before, claiming “That’s the only way to learn anything – from someone who doesn’t know anything”. What, if anything, did you learn from Oliver on this film?

From working with Ollie on The Return it reinforced the fact that clear direction and decisiveness is very very important. Despite being a first time feature director, Ollie is a pretty damn safe pair of hands and out of many of the directors I have worked with before or after he is one of the clearest in terms of his direction to both actors and crew. I find that this clarity has a great effect on people and filters down a feeling of confidence and assurance to everyone in the team. There can sometimes be a feeling on set that you are out at sea without a driver at the wheel and on a micro-budget film this can have a catastrophic effect.

This was a micro-budget film, what were the main challenges you faced because of this?

From a cinematography point of view the micro-budget nature of the film meant that we had a very small lighting package and our grip package was just sticks and a single 3 foot slider! So perhaps I had fewer big lights than I would have ideally wanted and our lighting crew consisted of Greg Whitbrook all on his own! But on the plus side with the film being black and white I was able to use cheaper tungsten units even in daylight scenarios without having to gel the lights to correct for daylight. This saved us from having to rent much more expensive HMI’s etc. Overall though I found that having budgetary limitations sometimes creates clarity for what is really important in terms of camera movement and lighting motivation.

The atmosphere on set was great. We had a few changeovers of crew in the camera department especially due to people’s availability but it really did seem like a family unit. It was very equal in terms of pay for everyone so no one really felt above or below anyone else and frankly Ollie and myself were just glad that we had this wonderful array of talent on aboard. 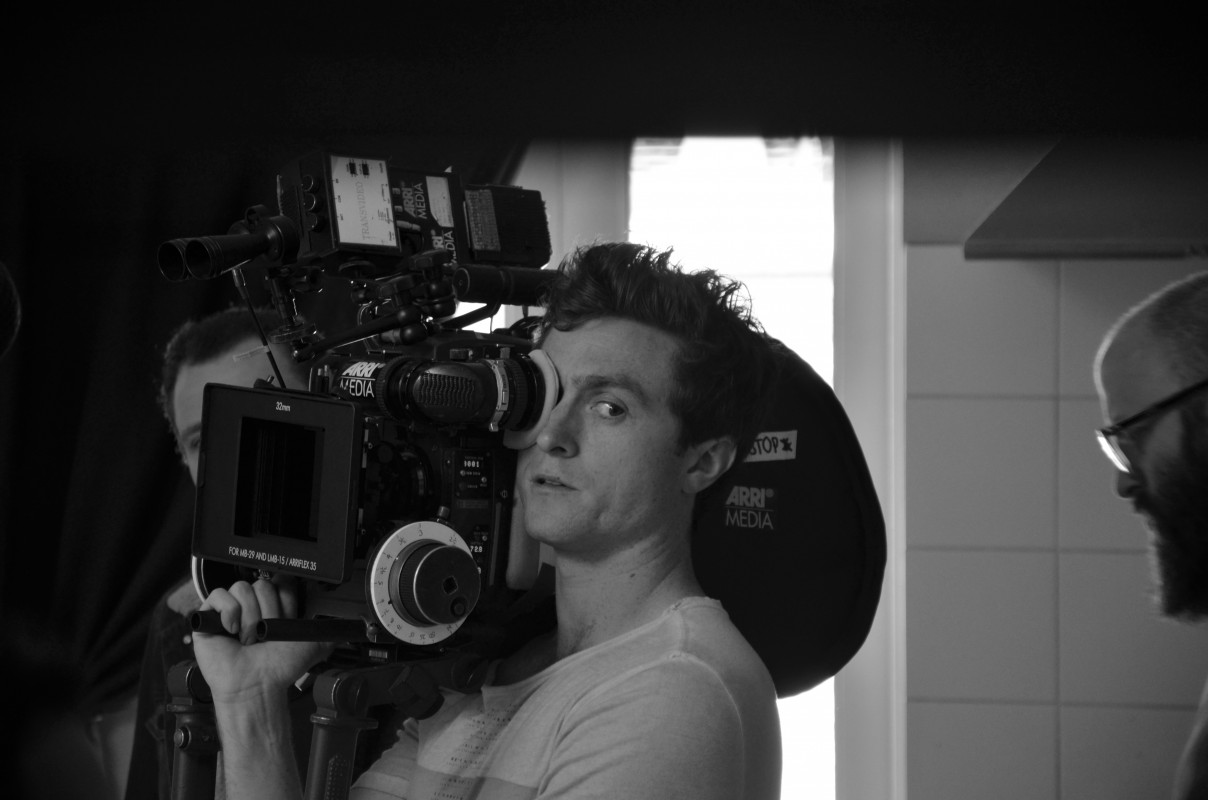 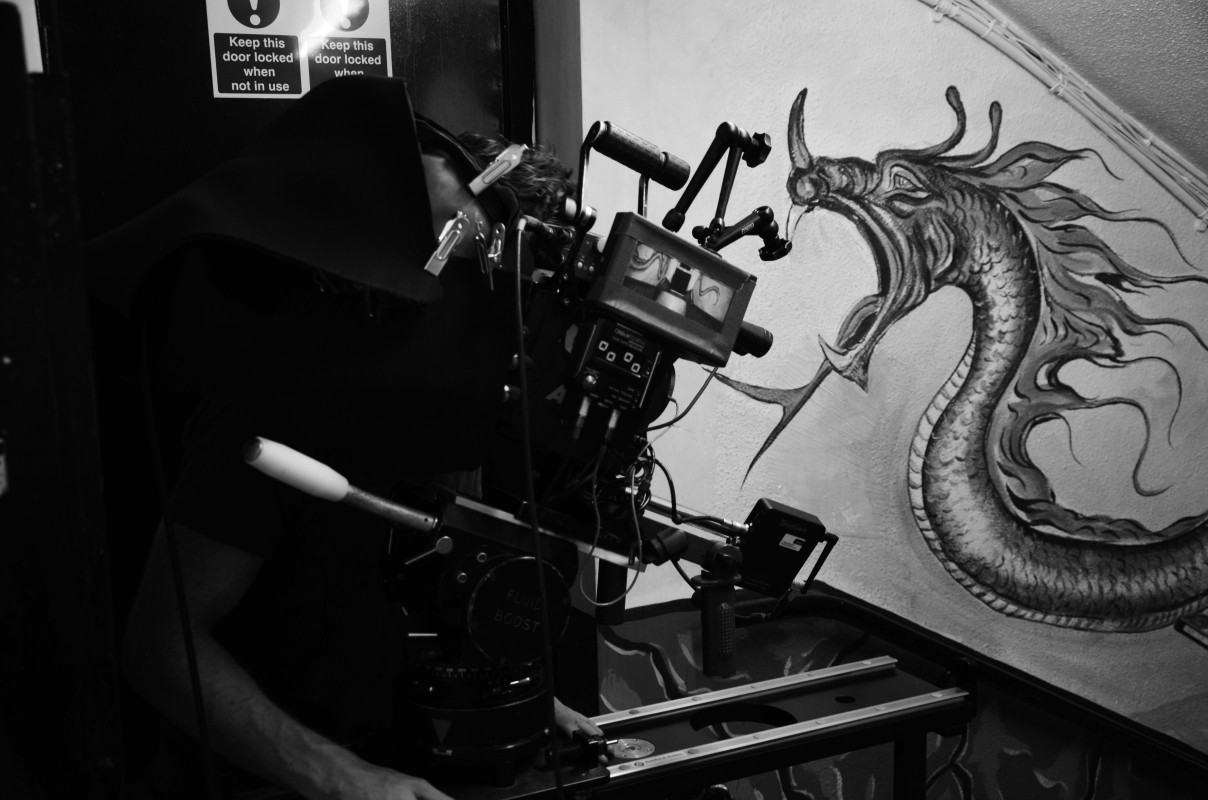 “Our grip package was just sticks and a 3 foot slider!”

If you could pick one scene to show someone form the film, as a DoP, what would it be and why?

Ah too tough a question! Well its a bit of a cop out but on the whole scenes on the boat are my favourite. I think there is something about the setting of boat that really felt right for this film. The mixture of claustrophobia and freedom you have on a boat, coupled with the wooden textures really charged those scenes with an energy you would not get in a regular setting. Working with motivated light through the small windows also added an extra layer of character. It was particularly hard doing some of the tracking work down and through the small corridors so from an operator’s point of view I’m particularly happy with the way those turned out.

If they were already about to buy a ticket I wouldn’t describe it at all, I would just let them go and enjoy without expectations… As with most films it’s best watched with no knowledge of what is going to occur!

Without wanting to give to much away I would hope the audience finds a sense of satisfaction and justice in the final segment of the film. Even after a good few viewings it’s my favourite part of the film and it still brings a smile to my face!

I’ve just finished shooting a documentary for ESPN and Raw Films which is part of their 30 for 30 series with our film being about the true story of Foxcatcher. Besides that I continue to work on a multitude of shorter form projects such as commercials and music videos galore!