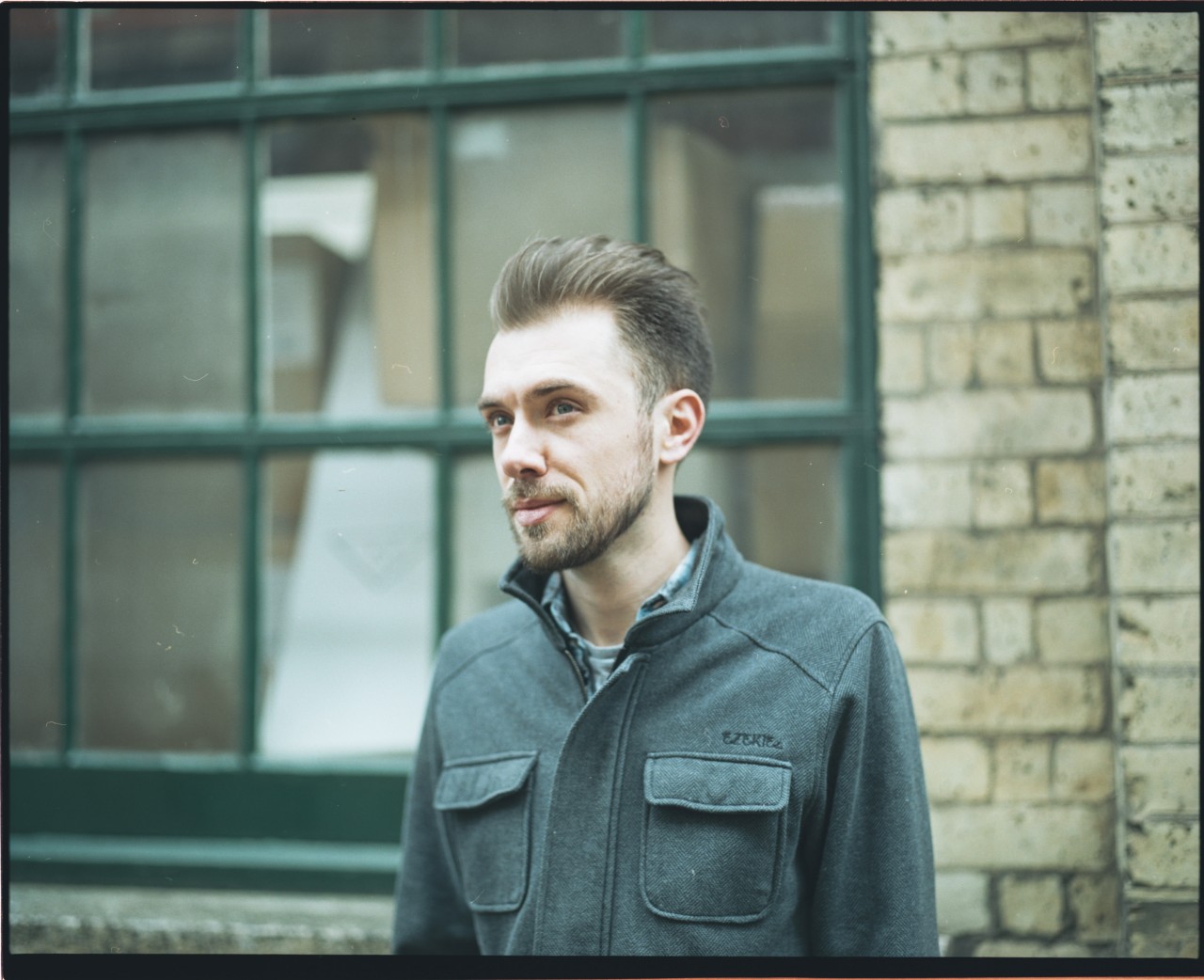 “Simplicity was the key…” Sam Featherstone oversaw post production on The Return, a psychological thriller shot on 35mm. He tells us about the importance of working with a like-minded team and explains the choices that steered a micro-budget film through to completion. We visited him at his studio in Battersea, London.

THE RETURN had a shoestring budget and a skeleton crew. What did the role of Post Producer mean on this film?

I suppose it was a pretty wide-ranging role. I was involved right from the beginning of pre-production with the director Ollie and DoP Carl, talking about format, cameras, workflow etc. During the shoot I wasn’t really on set much, just in-and-out checking the camera and audio teams were happy with what they were delivering and then liaising with the lab. Then I’d make sure everything was backed up properly and every week I’d set up a Da Vinci Resolve session for Ollie and Carl to look at dailies – or weeklies as they really were! Once production wrapped I prepped the edit session, synced the sound and handed over to Ollie for the edit. From there it was all about navigating smoothly through the edits, grade, audio mix and final delivery.

Tell us about the production, how did you go about making such a small budget go so far?

Keeping things well organised and not over-complicating. Making sure everyone was on the same page with the same attitude. Everyone understood what he had to work with. That meant taking things slowly, step by step and waiting for all the right people to get on board.

How did you manage a workflow that involved 35mm on a budget like this?

Again, simplicity was key. On the technical side, there was no time or money to be messing around with proxy files, re-conforming edits or anything like that. We also didn’t have the money to be backing up terabytes of footage as DPX files. So, what we asked for from the lab iDailies was 2K ProRes(HQ) files that acted as our dailies, our edit files and as the masters that we took to the grade sessions. With that in mind it was pretty easy for me. The hard stuff was what had already been done on set by a very competent and experienced camera team. 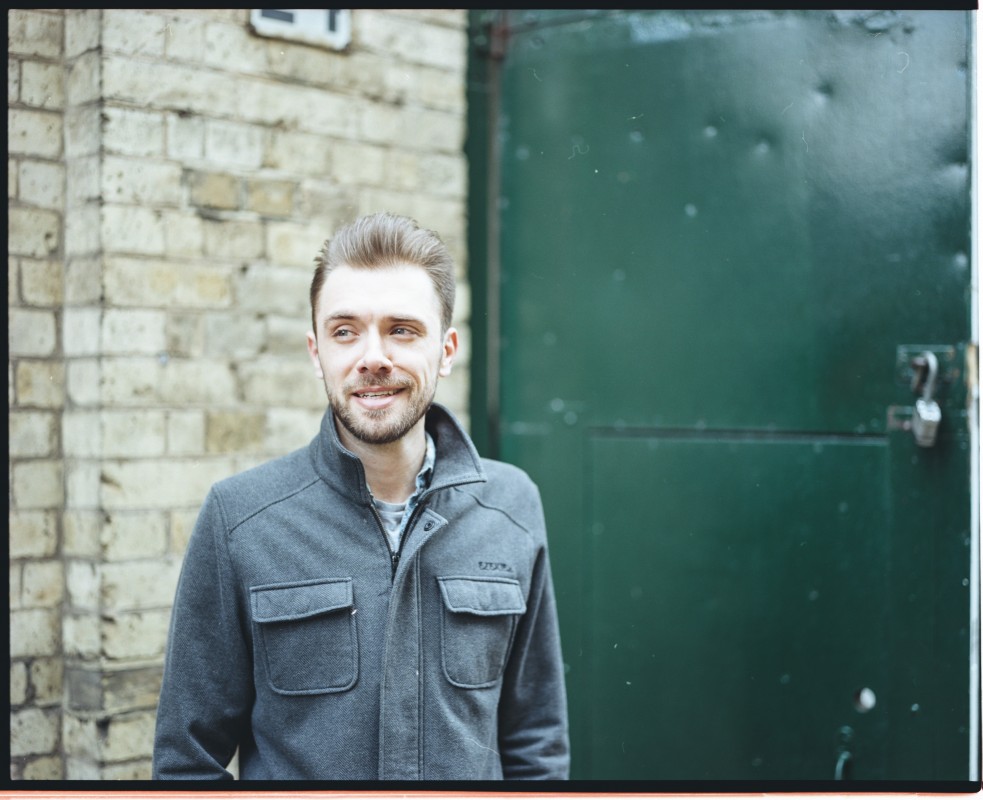 “We tried to make it as straight forward as possible…”

Despite limited resources, is it right that you had the edit session ready the day the shoot ended? How did you juggle it all?

Haha, I don’t quite remember actually. Maybe it was a couple of days after the shoot wrapped! There was a decent amount of prep work involved, but not loads because we tried to make it as straightforward as possible. I basically took the ProRes lab reels and chopped them up on each of the clapper slates. I then had to manually add the timecodes from the digital clapper to the Quicktime files and sync that to the timecodes embedded in the audio files. When it worked, it worked very well. Admittedly, there were a few times where they had to go old school with the clapper board, but nothing too drastic.

You shot on film and finished using a just-released FCP X, why did you do that to yourself?

I always like seeing what new software has to offer. Ollie, like many others, had worked for years in FCP7. I’d got pretty bored of FCP7 and it’s lack of support for modern cameras and file-based workflows. Premiere Pro wasn’t really wowing me at the time either. So, for Ollie’s last commercial project before the film I got him to switch to FCPX. Admittedly I’d waited until it was past it’s infancy and up to version 10.0.6, it had overcome most of the teething problems that it started with. That project saw him work on 40 days of footage from 12 countries without any problems. I saw it was stable, I liked how it organised data and that was enough for me. It also played nicely with Resolve and Pro Tools which sped things up too.

The other post Heads of Departments have spoken about the project files you delivered them as being some of the best they’ve ever had – ready to go and cleaned up. What’s your secret?

Well that’s nice to hear! I hate receiving messy files myself, so I would be embarrassed to pass on anything disorganised. The idea was that we wanted the other members of the post production team to be able to concentrated on the creative stuff. If I could save colourist Toby a few hours of organising files and edits, then that was a few more hours he could spend creatively on the grade. If I could provide Michael, our Supervising Sound Editor, with a Pro Tools session that was well organised, cleaned up and ready to go, then he could concentrate on the more interesting issues like how the sound was going to work for a particular scene. I suppose the secret is that I know how I’d ideally like to receive files for a grade or a sound edit or a music composition session and I made sure that’s how they got sent.

If you had to pick a single scene to show someone, from a sound point of view, what would it be and why?

Oooh, that’s tough. For me it would have to be one that shows off Rich’s score. Maybe one where I could A/B the scene with and without music to show how much it contributes to the mood. There is so much original score in the film and I love how it turned out. So… I’m going to say the confrontation scene on the house boat between ‘the balaclavas’ and Jack. It’s a real brooder!

I’d describe it is a film where you’ll enjoy trying to piece things together. A moody thriller with engaging characters and of course a nice twist.

I hope they have the same reaction I had when I watched it at the cast and crew screening. It didn’t matter that I knew the film inside and out, when the final scene played out my heart was pumping and the adrenaline was rushing. I was right there with Jack, rooting for him until the final frame.

I manage the recording studio at Price Studios in Battersea and have been enjoying working with a lot of talented musicians, bands and singers. Whilst the music world is where I spend most of my time, I very much look forward to working on another feature film soon. Perhaps Ollie’s next project…